In the digital age, it can seem impossible to meet people. While I wasn’t there, it truly seems like the world has completely changed since the ‘90s. When you head out to the bar, in hopes to meet some friends, everyone is already spoken for, in groups and cliques and it’s impossible to join in. And where else is there to go? There are very minimal places to go in town, or so it seems, where you can meet friends. Especially if you’re not in school, your pool of new people is pretty shallow. Because of this digital phenomenon, I decided to dive in and try out a friendship app. You, know, like dating apps, but for making buddies. Here is what I’ve learned about them and my top 3 apps I’d recommend if you’re looking to make connections online.

I can’t lie to you, I was a little worried about trying out a friendship app. I feel a little guilty for saying this, but I was worried that only weirdos would be on there – or that, I too, would seem like a weirdo for being on a friend dating app. Would this make me seem like I was too uncool to make friends in real life? I hoped not. But either way, I downloaded the app, with the mask of ‘I’m doing it for my article’ to hide behind.

After downloading the apps, it was kind of funny swiping through people as if I was on a dating app. The premise behind them is the same: thinking you’re compatible? Swipe right, for yes, swipe left for no. I wasn’t sure what to expect but I did realize I was kind of picky when it came to picking people who could possibly become my friends. Below 21? I don’t think so. They’re a freshman or sophomore in college? Probably not. Are they single or in a relationship, could we double date? Sometimes, my decisions would even come down to their linked Spotify accounts which made me laugh. Who cares if we don’t have the same taste in music? I guess, what I realized is that dating (or friendship app) profiles are pretty flat. You only get to see a few pictures of someone, and they are probably their most curated and posed photos. Then, you only get a few chances to learn about their personality through their bio and their responses to some pre prompted questions. You can see where they are from and what kind of music they like too. But is that enough to know if you could be friends are not?

Scrolling for a while and picking out who I think would be awesome picks for me, I waited. One thing I noticed is that the pool is still pretty shallow online, especially if you live in a pretty small town like I do. There’s also a pretty big chance that you’ll run into (digitally, of course) someone you know. While I didn’t find anyone I knew directly, I matched with a girl my fiancé knows from class. This can be pretty cool and can actually help you form a friendship easier, or can be super-duper awkward, depending on the situation.

Overall, I figured out that everyone I met on the apps were looking for exactly what I was: a friend. And it wasn’t awkward, it wasn’t embarrassing and it wasn’t weird. It was actually pretty awesome! Technology has made it possible for you to pick up your phone and to make a new friend right then and there. I’m really glad I pitched this article because I think I’ll be coming out the other side with some cool new chicks to hang out with. If you’re having trouble forming a group in your town, I encourage you to download one of these apps and get started.

While there aren’t a whole ton of friend apps out there, here are three that I actually really ended up liking. 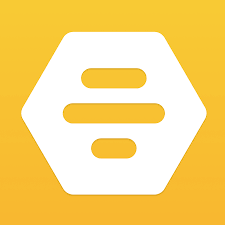 While it is a little awkward downloading a dating app to go to the friend portion, I really enjoyed my experience using Bumble BFF. First, I do think it should have its own app because as an engaged woman I do think it’s odd to have a dating app on my phone. Imagine if I’m out with friends and a Bumble notification pops up, that’s a red flag. Other than that, Bumble BFF was super easy to use. I logged in and connected my Instagram, which made adding pictures to my account really simple. Then, I answered a few questions, wrote a bio and my profile was ready to go. As a person who has never used a dating app before, it was simple to use and understand, although obviously very similar to the dating portion. I also like that you were able to put your relationship status, if you have kids, if you smoke, if you drink, if you work out, your zodiac sign and your religion. You’re also apple to pick a few interests and life updates so I was able to put “Wedding planning” “Writing” and “nature” on my account. The interface is simple and straight to the point. When you’re done swiping through people, you wait until you get a match and then you’re able to chat with the other person. On the dating version of Bumble, only girls can message first, but on this version, either party can!

Overall, I give Bumble BFF 9/10 stars. I think it should be its own app, and DEFINITELY shouldn’t automatically put you in the dating pool as it asked me if it should. But other than that, BFF was easy to use, was not intimidating by any means, and really fun! 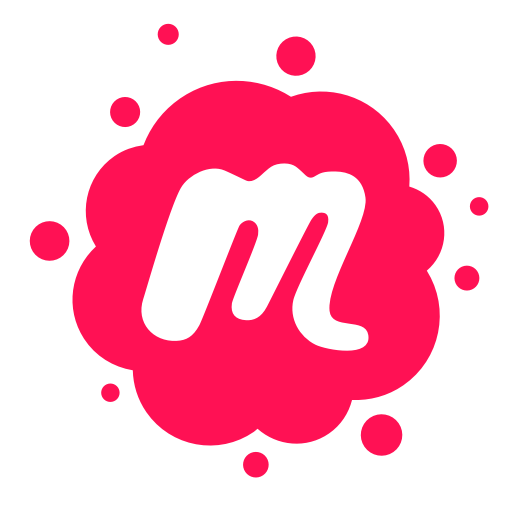 While the name sketched me out, because I’m not trying to meet up with any strangers, this app is not what it sounds like. Meetup is an app in which you can find local groups to join and find local activities and events to attend. You can also start your own group through the app, or post your events so more people who are interested are able to attend.

Overall, Meetup gets a 6/10 stars. Personally, this app would be amazing to use in a really big city because I’m sure there are all kinds of things to do on there. But Flagstaff is too small to really find much on this app. Though, all in all, I like the idea of it and the way it is set up. If I had more to work with, this app would really be a game-changer. 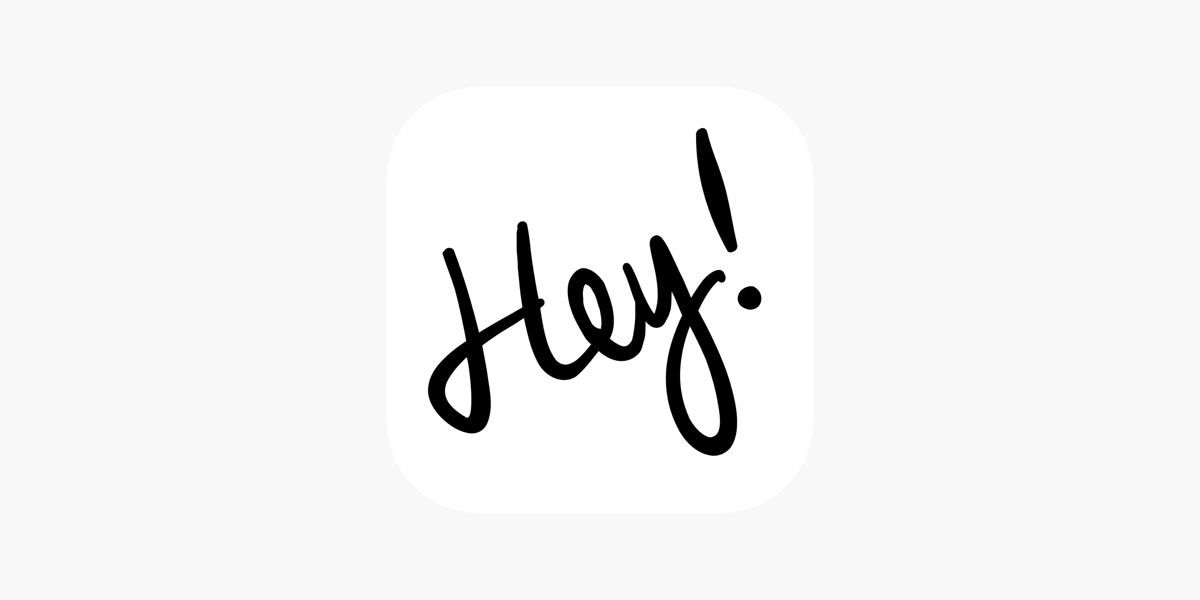 Alright, Hey! Vina is an app only for woman and non-binary folks, meaning that it is all about finding your girl group! Personally, this app has the cutest interface and it is soooo much more fun to use than Bumble BFF. The personality questions are super cute, you pick out emojis to show off your personality, you can take funny and cute personality quizzes and so much more. Hey! Vina is super cute and I wish it was more well known because it is a stylized and girly version of the classic dating app. There’s also a party section where you can be put in a chat room with a bunch of other users so you can have a casual group conversation! Much like Meetup, there’s also a plans tab, where you can host an event or gathering.

Sadly, because it isn’t well known, I’ll have to give Hey! Vina an 8/10. Personally, this is the app that I would feel the most comfortable using but there were only about 5 people to swipe through in my town and then, out of those 5 people, I never got any matches. As I said, this is the cutest possible version of a friend-making app, but it just isn’t popular enough.

Have you ever gone on a friendship app? Let us know which is your favorite in the comment section below.

We use cookies on our website to give you the most relevant experience by remembering your preferences and repeat visits. By clicking “Accept”, you consent to the use of ALL the cookies.
.
Cookie SettingsRead MoreAccept
Manage consent

This website uses cookies to improve your experience while you navigate through the website. Out of these, the cookies that are categorized as necessary are stored on your browser as they are essential for the working of basic functionalities of the website. We also use third-party cookies that help us analyze and understand how you use this website. These cookies will be stored in your browser only with your consent. You also have the option to opt-out of these cookies. But opting out of some of these cookies may affect your browsing experience.
Necessary Always Enabled
Necessary cookies are absolutely essential for the website to function properly. These cookies ensure basic functionalities and security features of the website, anonymously.
Functional
Functional cookies help to perform certain functionalities like sharing the content of the website on social media platforms, collect feedbacks, and other third-party features.
Performance
Performance cookies are used to understand and analyze the key performance indexes of the website which helps in delivering a better user experience for the visitors.
Analytics
Analytical cookies are used to understand how visitors interact with the website. These cookies help provide information on metrics the number of visitors, bounce rate, traffic source, etc.
Advertisement
Advertisement cookies are used to provide visitors with relevant ads and marketing campaigns. These cookies track visitors across websites and collect information to provide customized ads.
Others
Other uncategorized cookies are those that are being analyzed and have not been classified into a category as yet.
SAVE & ACCEPT
Loading Comments...
%d bloggers like this: